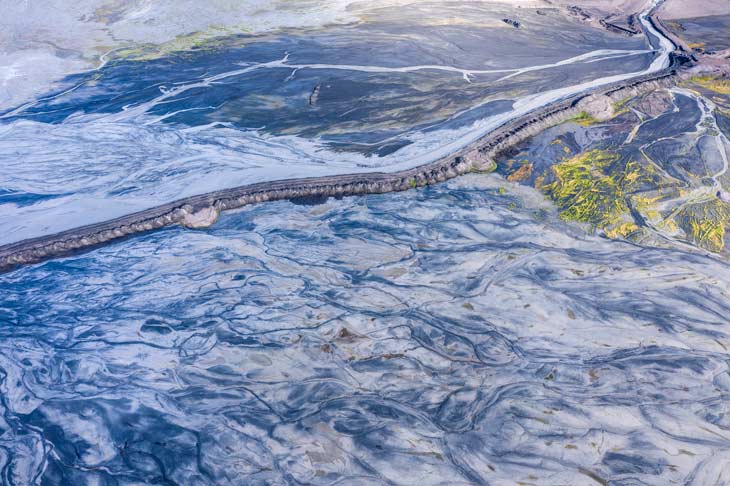 LKAB is driving a development project for extracting phosphorus and rare earth elements from mine waste. During the year the ambition was expanded to encompass building a fossil-free industrial park that also produces inputs – including hydrogen – using electrified processes.

Within the Special Products business area many different innovation projects are being conducted which meet at least one of three criteria: extracting more products from existing production and its side streams, reducing the impact of production or improving environmental performance in its intended application for the customer. The ReeMAP development project is an important project in the business area that meets all three criteria.

Resources for agriculture and green technology

Ulrika Håkansson is the Business Development Manager with responsibility for the preliminary study:

“Inputs have to be sustainably produced in order to bring about the transformation of other industries. For example, life cycle analysis of a kilo of wheat shows that as much as a third of its current carbon footprint comes from mineral fertilisers.”

In the planned industrial park that is part of the project, gypsum and fluorine products will also be produced using hydro-chemical processes. Fossil-free energy – for example, from hydroelectric power or wind power – will be used throughout all production.

The initiative was launched as a development project in 2018, but its ambitions have been expanded from the extraction of phosphorus and rare earth elements to the establishment of a chemical park that also produces other inputs, including hydrogen. The aim is to electrify all processes, which could eliminate carbon emissions almost entirely. For LKAB this project also provides the opportunity to develop skills and expertise, as well as the early industrialisation of large-scale hydrogen production that could be useful in the production of carbon-free sponge iron.

“The development organisation has been scaled up during the year and will continue to be expanded, so that by 2027 we will be able to have plants in operation in a brand new industrial park as well as apatite plants next to the mines in Kiruna and Malmberget.”

Important for Sweden and Europe

“An area of up to 500,000 square metres will be needed for our own plants in the industrial park. Rail links and access to ports are also important, since we will be shipping towards one million tonnes of products per year. Production also requires good access to renewable energy.”

The industrial park will create the conditions for innovation clusters and collaborations. New knowledge will be developed at the same time as European access to critical raw materials is increased.

“This is a courageous and important investment, and those of us working on the project are incredibly pleased to have been entrusted with driving it to industrial scale. By our calculations we will be able to supply up to 30 percent of Europe’s requirements for rare earth elements and the equivalent of five times Sweden’s requirement of cadmium-free mineral fertilisers for agriculture – as well as Sweden’s entire demand for gypsum.”

When the apatite plants and industrial park may be up and running will depend on technical developments and the pre-engineering, but also relies heavily on external factors – where once again environmental permit processes are a challenge.

“Our aim is to get going as quickly as possible. There is so much to be gained. We will recycle materials that have already been taken up out of the ground and create products that are needed for climate transition in several industries, and we will do so using fossil-free processes,” concludes Ulrika Håkansson.